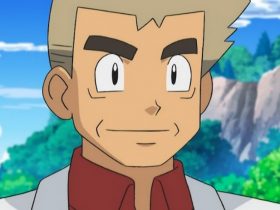 “Turn off the lights. Turn up the volume. Make every bullet count.” The marketing campaign for Resident Evil Revelations aims to position the Nintendo 3DS exclusive as a return to form of sorts. After a mixed response to Resident Evil 5, fans continue to decry Capcom’s shift away from the series’ survival horror roots, and this latest entry has seemingly seen the company at last take note of such fact.

Jill Valentine and Chris Redfield are back, in a dual narrative that explores the events between Resident Evil 4 and Resident Evil 5, a point at which the counter-terrorism Bioterrorism Security Assessment Alliance (BSAA) is established. With new partners Parker Luciani and Jessica Sherawat, the enticing narrative follows the believed re-emergence of the bioterrorist organisation “Il Veltro”, previously responsible for launching a B.O.W. attack on the floating city of Terragrigia and assumed neutralised following a retaliation attack.

When the BSAA loses contact with Chris and Jessica, Jill and Parker head to their last known location, a cruiser liner called the Queen Zenobia. Here they fall into a trap set by Il Veltro, and so unravels a storyline filled with deception, anguish and suspense that will see the group tasked with preventing the dispersal of the deadly T-Abyss Virus. 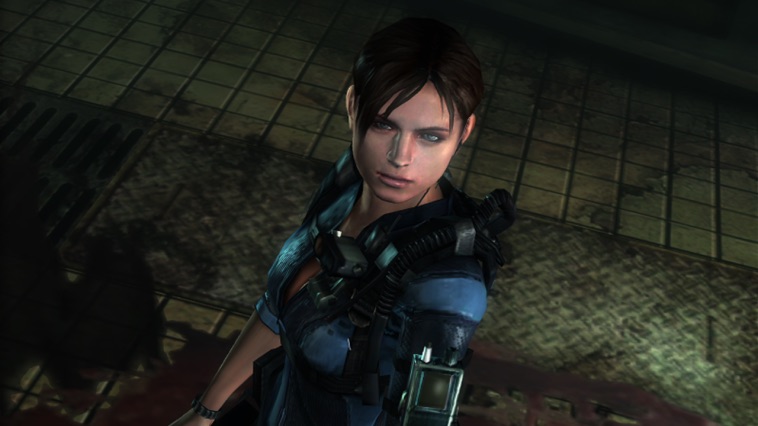 Graphically this is the best that the Nintendo 3DS currently has to offer, aided in part by the 4GB game card size but Capcom’s MT Framework engine truly pushing the handheld to its limits. The inclusion of a vast number of detailed CGI cutscenes also impresses, serving to provide a cinematic experience that the developer certainly delivers upon. We’re used to Nintendo providing the technical showpieces for their hardware, yet here Capcom has stolen the limelight.

Tight corridors aboard ship enhance the, at times, incredibly tense atmosphere, and locales range from the extravagantly sparse to dark, cluttered spaces. Enemies are also well varied in combat approach, if not visually, yet bosses once again leave much to be desired – players required to shower them with bullets, rather than taking any strategic approach. 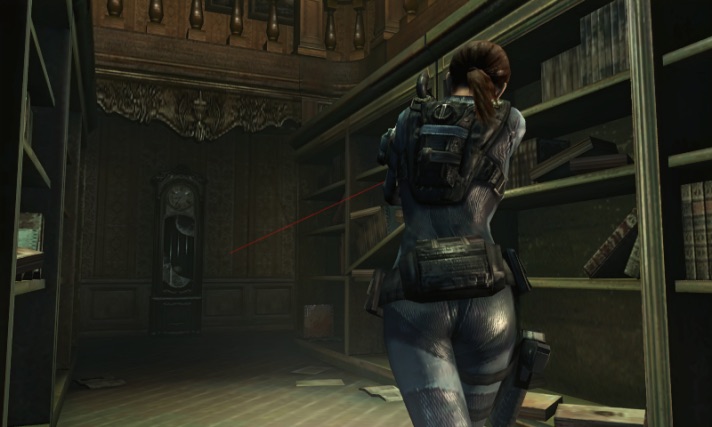 Needless to say the Circle Pad Pro attachment, of which the game is the first to support, proves to be the preferable, more comfortable way to play. Providing a far firmer grip for those, like myself, who find the Nintendo 3DS slightly small for long-term gaming, the extra buttons also grant a greater degree of control.

Weaponry pulls no surprises, players utilising the same Pistol/Machine Gun/Shotgun/Rifle set-up that has ever dominated the series, sprinkled with some variety through the ability to attach various upgrades to improve aspects such as damage, firing rate or ammo capacity.

The Genesis Scanner is a new addition to the series. This allows you to scan environments for hidden ammo, grenades or items, as well as a few collectables in the form of handprints. It’s more significant importance, however, is to scan enemies. Dependent on how close you are to an enemy, successfully scanning them will reward you with a percentage increase in data regarding the creature. This, purportedly, is used to research vaccines to the T-Virus strains, and players can scan all enemies they encounter. The reward for doing so is that every time the player achieves 100% research, they are granted an additional Green Herb for health recovery. At first, it’ll be a questionable annoyance, yet soon proves invaluable. 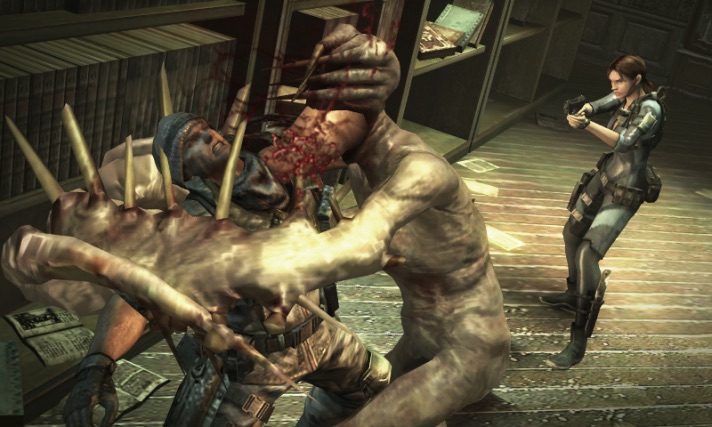 Whilst you won’t regularly run out of ammo on the initially available difficulties, the post-completion ‘Hell’ difficulty level certainly ramps things up further for those looking for more challenge.

If the 10-hour campaign doesn’t prove to be enough to sink your teeth into, Capcom serves up the immensely robust RAID mode to keep you occupied. Players required to clear out areas of enemies in the fastest possible time rather than the survival based Mercenaries mode, yet similar in its fundamental point hunting concept.

Whilst able to be played solo, teaming up with a co-op partner either locally or through Wi-Fi proves most enjoyable, covering each other back as you navigate tight spaces. StreetPass implementation also sees zombies here humorously labelled as fellow Nintendo 3DS owners that you meet, victims of the T-Abyss virus themselves. 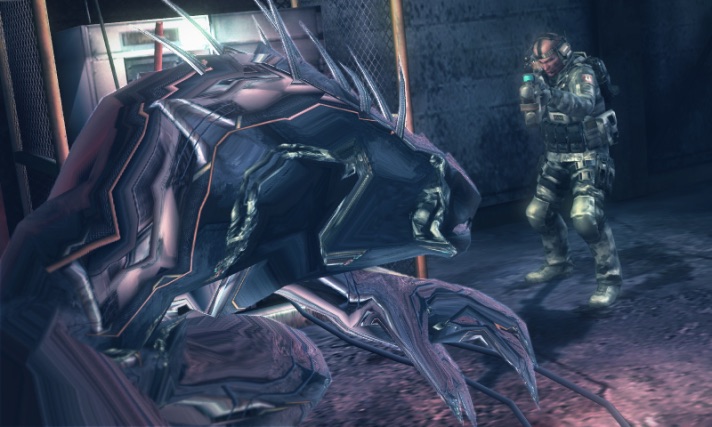 Another noteworthy inclusion is that of the choice to have either Japanese or English voice over. Whilst I thoroughly enjoy the series, the English cast has always seemed too enthusiastic for my liking, and I revelled in the option to be able to opt for Japanese which, for myself, proved more dramatic. Developers, please take note!

An engaging narrative, immersive atmosphere and impressive visuals, Capcom have pulled out all the stops for Resident Evil Revelations, ensuring it becomes the first must-have Nintendo 3DS title of 2012.