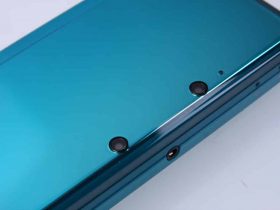 Resident Evil 5 might be one of the most overlooked games in the series. That may sound confusing considering its relative commercial and critical success but consider what came before it and what came after it.

That’s a big shame because the game was always much better than people gave it credit for and is more enjoyable now that the series has safely come full circle and we’re not all worried about the franchise’s downward trend.

Does it hold up on Nintendo Switch though? Before we talk about the game itself, let’s go over how Resident Evil 5 plays on the portable home console. The biggest issue here is the frame-rate, which isn’t the silky smooth 60fps of the current-gen releases, but an uncapped 30 frames-per-second. This frame-rate makes things feel really juddery almost all of the time, and it’s even worse if you dive into split-screen. It’s a pretty consistently annoying issue, that gets in the way of how good the shooting should feel.

Graphically, Resident Evil 5 actually holds up pretty well. The textures are a little muddy here and there but it doesn’t look too far from the other versions of the game, especially if you play handheld. It’s basically what you’d expect from a Switch port: it runs and looks worse but that’s the trade-off for portable play. It’s just a bigger trade-off than usual here.

One big positive is the introduction of gyro controls, which is a first for Resident Evil 5. I personally don’t really use gyro aiming, but the implementation here seems great. The game also comes to the console bundled with its previously released downloadable content, which most importantly gives you access to Lost In Nightmares starring Chris and Jill.

Resident Evil 5 on Switch isn’t a fantastic port, but it is functional. If the frame-rate drops don’t bother you and you play in co-op, then what made the game special will still occasionally shine here. The gyro controls are a great addition but don’t fix the rest of the problems that it suffers from.

Now that we’ve talked about the Switch port, let’s talk about Resident Evil 5 more generally, since everything else is the same across all versions.

Resident Evil 5 stars Chris and Sheva as they travel through Africa and deal with a new bioterrorist threat. The story is pretty standard for the series and didn’t really do much for me, but I did enjoy the callbacks to other characters and the reappearance of Wesker. For a game focused on two characters, it’s a shame that Chris and Sheva don’t really have too much chemistry. I also found Africa to be a boring setting personally, especially as this was the age of gaming where everything had to be sandy and realistic rather than actually interesting.

Sheva isn’t just story dressing, she’s actually indicative of the game’s new focus on co-operative play. On the one hand, playing with a friend is infinitely more fun and makes Sheva actually useful, but it has the side effect of completely killing any horror or tension that might have been there. Resident Evil 4 was more action-oriented, but it still felt dangerous because you were mostly on your own.

It also means that playing in single-player doesn’t quite feel right. Sheva is still a really awful AI companion, wasting all of your items and barely helping with the fighting. It’s still really frustrating all these years later. For the Switch version, you can actually play with one Joy-Con, but it doesn’t feel great and the frame-rate gets even worse, so the game doesn’t feel greatly suited to what makes it best.

Frankly, Resident Evil 5 just doesn’t work in the right way by playing on Switch. It’s a shame too, because if you can look past the frame-rate stuff then the experience can still shine. What saves Resident Evil 5 from failure is that it still has that gameplay kick that Resident Evil 4 had, which is especially prevalent during cooperative play.

There are times when Resident Evil 5 does really shine. It’s cooperative gameplay can be really fun, the shooting still feels really good and there is definitely some fun to be had in the wave-based Mercenaries mode. However, I think that Resident Evil 5 doesn’t really stand up too well today, especially in its weakest version.

Resident Evil 5 isn’t a bad game, it’s just one that was already showing its age on more powerful hardware. This is really one for the Resident Evil fans.