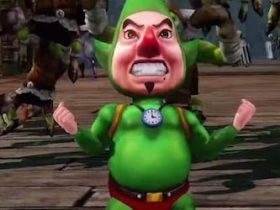 Tingle and Young Link ready for action in Hyrule Warriors

Nintendo have signalled that their regular scheduled maintenance times for Nintendo Network will come to an end on Tuesday 3rd June 2014.

Such maintenance windows previously saw the Wii U, Nintendo 3DS, Wii Shop Channel and Nintendo DSi Shop affected between 8pm – 12am GMT every Monday, with additional Wii and DS maintenance taking place between 7am – 11am GMT every Tuesday.

The changed times, which will be announced down the line, largely come in response to the Nintendo Wi-Fi Connection being terminated last week.