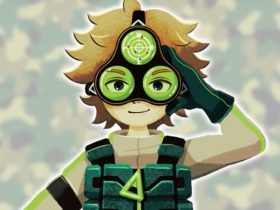 Ratalaika Games and Petite Games have announced that Midnight Deluxe will release on Nintendo Switch, in which you must guide a small square-shaped fairy called Midnight.

With a perpetual darkness setting, you must use button input or touchscreen controls to launch Midnight into the night sky – dodging spikes, circular saws, and other dangerous objects as they try to reach the safe zone to advance to the next level.

There are 70 progressively difficult levels, with the added challenge of trying to complete each level in the fewest attempts and with all three Stars.

Midnight Deluxe will release on the Nintendo eShop for Nintendo Switch on March 8th, priced at $4.99.