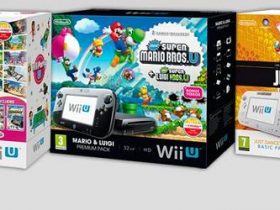 Puzzle & Dragons will shortly collide with the Mushroom Kingdom, as GungHo Online Entertainment and Nintendo have partnered to blend the two in Puzzle & Dragons: Super Mario Bros. Edition.

Shigeru Miyamoto took to the stage with GungHo CEO Kazuki Morishita to announce the collaboration, which will add Mario’s colourful overworld, power-ups, and characters to the puzzler’s mix. Having originally launched on smartphones, Nintendo’s handheld was later treated to a spin-off in Puzzle & Dragons Z. This continued with the same formula, adding in RPG elements to expand on what came before.