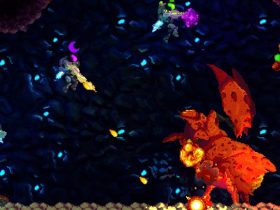 There’s life left in the Wii yet, as Alternative Software share that they will release PSA World Tour Squash for the console in summer.

The game will star the world’s leading squash players, including three-time British World Champion Nick Matthew, French World No.1 Gregory Gaultier, Egyptian World Champions Ramy Ashour and Amr Shabana, and, as the name suggests, has been officially licenced by the Professional Squash Association.

If the premise of stepping into the well-worn trainers of the world’s greatest doesn’t tempt you, players are also free to create their own player with whom they can tackle the game’s career mode as they look to improve their speed, power, fitness and tactics.

Virtual offline tournaments, single matches and online multiplayer await you, apparently. Although I’m sure that the Nintendo Wi-Fi Connection termination may affect any online engagement.

Still, the game looks to replicate the sport through realistic movements and techniques, the Wii Remote allowing players to execute nicks, boasts, drives and other essential squash moves.

PSA World Tour Squash will be available for Wii across Europe this summer.