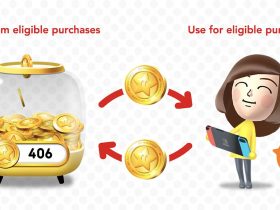 Natsume and Fiery Squirrel have confirmed a release date for Cosmic Defenders on Nintendo Switch.

This is the first game to be released as part of the Natsume Indie Program, through which the company will team up with independent developers from around the world.

The 2D fast-paced revolving shooter stars a group of unconventional heroes who must use the power of nature to stop chaotic aliens from taking over the universe. Working with other guardians, you will protect and restore peace to the galaxy.

Story Mode will introduce the Cosmic Defenders as they fight against a group of aliens who want nothing more than to steal the Tree of Life which maintains the balance of the universe.

There’s also Survival Mode that will let you enjoy new levels every time you play, collecting coins to buy outfits with skill buffs. Whereas Versus Mode presents the chance to compete against your friends.

Cosmic Defenders will release on the Nintendo eShop for Nintendo Switch worldwide on 11th June 2020.