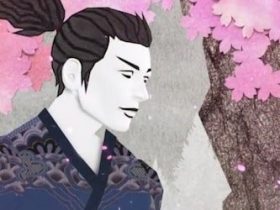 Professor Layton may have seen his last quest in Azran Legacy last year, but the puzzle-prone academic will soon have his skills put to the test once again.

Professor Layton vs Phoenix Wright: Ace Attorney sees the quintessential gentleman partner with Capcom’s courtroom star, this crossover title seeing them tackle magic and witchcraft as they find themselves spirited away to Labyrinthia.

This world is overseen by the Storyteller, a shadowy figure who has a gift for foreseeing the future, with Layton and Wright looking to unravel the city’s unusual events whilst saving Espella Cantabella from finding herself being condemned as a witch.

Working in tandem, Wright will be able to use Hint Coins – a staple of the Professor Layton series – to narrow down options when presenting evidence, whilst Picarats can also be collected throughout your adventure which can unlock Bonuses such as exclusive artwork or music from the game. The higher your Picarat score at the end of the game, the more content will be unlocked.

Those that complete the main story will also gradually unlock free extra content, with twelve short new episodes for the game and galleries featuring over sixty illustrations with comments from the development team discussing the game’s creation.