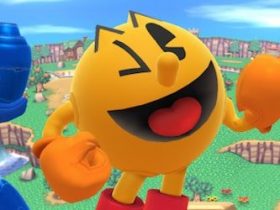 VIZ Media have today announced that Professor Layton and the Eternal Diva is to be released across North America on November 8th 2011.

A brief synopsis of the film is as follows:

“Professor Layton, true English gentleman and the world’s greatest amateur super sleuth, embarks on his most daring adventure yet when he receives a letter from his old student, the famous opera diva Janice Quatlane. She is to perform at the legendary Crown Petone Opera House and invites him to attend as her special guest. Meanwhile, a spate of disappearances hits London. Two young school girls are the latest victims, and the Professor suspects it’s related to the mysterious occurrences at the theatre. The Professor and his loyal assistant Luke travel to the Opera House to solve their toughest puzzle yet, the mystery of Eternal Life!”