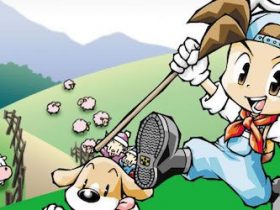 Soon you will explore a mysterious planet not far from Earth, with with Zorvan Entertainment Studio revealing that they will bring Water: The World In Chaos to Wii U.

Their 2D side-scrolling action game, powered by the Unity 3D Engine, casts you as Weirdo who must neutralise the aliens inhabiting the planet to save Earth. For Foolien, the mastermind behind the alien horde, watches Earth’s TV programmes one day and longs for his planet to have a waterpark of its own. Without any water, he decides to take what he needs from our planet, and so Weirdo rushes to our defence.

Players will use six jet packs each with differing functions, as you look to defeat your foes with guns and grenades – enemies becoming smarter as you progress through the game.

Water: The World In Chaos will release for Wii U in spring 2015.