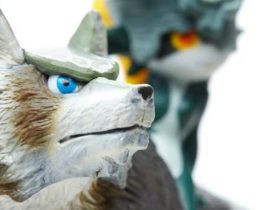 Cave Of Shadows Challenges Revealed For The Legend of Zelda: Twilight Princess HD

The Pokémon Company and Bandai Namco Entertainment has announced that they will reveal a new Pokkén Tournament character next week.

The new addition will be revealed on Thursday 10th December, joining a playable fighter roster that already includes Charizard, Pikachu, Pikachu Libre, Machamp, Gengar, Suicune, Blaziken, Gardevoir, Lucario, Weavile and Shadow Mewtwo. Whereas the winner of a recent Twitter campaign will also be shared, which was run to determine the next Support Pokémon to be added to the Wii U exclusive.

Shadow Mewtwo was the most recent character reveal, with a Shadow Mewtwo amiibo card to be available in first-run copies.

Pokken Tournament originally saw release at Japanese arcades, and will launch as a Wii U exclusive in Spring 2016.