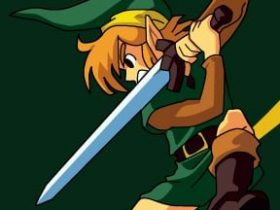 Nintendo of Europe launch official hub for The Legend of Zelda

Within today’s Pokémon Direct, The Pokémon Company CEO Tsunekazu Ishihara ushered in a new era for the legendary series by announcing Pokémon Sun and Pokémon Moon.

The Nintendo 3DS exclusives will launch in late 2016, and, for the first time, add Traditional and Simplified Chinese as language options. That expands on the seven languages – English, French, German, Spanish, Japanese and Korean – the series was localised into previously.

It was also confirmed that Pokémon Red, Pokémon Blue, and Pokémon Yellow on Virtual Console will have Pokémon Bank functionality, meaning that Pokémon can be transferred to Pokémon Sun and Pokémon Moon through the online storage application.

“The Pokémon core series games are the centre of the Pokémon universe and provide some of the most memorable Pokémon moments for our fans,” comments J.C. Smith, The Pokémon Company International’s senior director of consumer marketing. “I can’t wait to see what fans think of the new adventures they’ll find in Pokémon Sun and Pokémon Moon.”