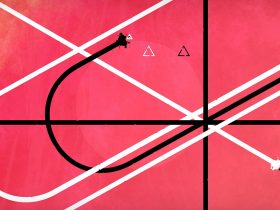 DERU: The Art of Cooperation Review

Allowing Pokémon and Mii characters to explore together for the first time in the Pokémon Rumble series, this free-to-start adventure will become available through the Nintendo eShop next week on Wednesday 8th April.

Set within the Kingdom of Toys, players are summoned to see the king. Sharing his frustration at only having one Pikachu, he bemoans a mysterious magician who has ten Pokémon. This therefore sparks a royal competition, with the king asking for your help by collecting more Pokémon – travelling throughout the kingdom by hot-air balloon.

All 719 species of Pokémon – as well as Mega Evolution and Primal Reversion – will appear in the game, with players challenged to befriend as many as possible to increase their Adventurer Rank. As this rises, the in-game shop will offer more items and stages will become increasingly difficult. Whereas online connectivity and StreetPass support will see Mii characters visit each other’s game, and will provide support in any future battles that you face.

It will be Poké Diamonds that will make your adventure more fun, which may be exchanged for hot-air balloons rides, Mii character clothes or to re-inflate balloons that have been deflated after use. These can be acquired by speaking to visiting Mii characters or playing a stage through StreetPass, while in-game purchases will let you purchase them for quicker progress – although Pokémon Rumble World can be completed in entirety without spending a penny.

Pokémon Rumble World will release exclusively for Nintendo 3DS through the Nintendo eShop on April 8th.