Picross Lord Of The Nazarick Out On Nintendo Switch This Week

Pokémon Rumble U is the third game in the Pokémon Rumble series, and the first Nintendo published game to hit the eShop. As it’s an eShop game, going for £13.49, you can probably expect that it won’t be as fully fledged a title as Super Pokémon Rumble, which was released on the 3DS in 2011, and you would be right. However, this game is not without its charm.

The game has a small story, where you control four Toy Pokémon who fell out of a box while being delivered at a toy store and land in a river, to be swept away to a faraway land. The toys, released from their capsule, have to work their way back to the Toy Shop, only to find more Pokémon toys blocking their way.

Unlike the previous Pokémon Rumble games, Pokémon Rumble U doesn’t have you go through various themed stages but rather puts you into a battle arena against various Toy Pokémon. Your task is to battle through the arenas until you achieve a certain goal such as defeating a boss or protecting your base from all the opponents. While this does sound boring and repetitive, the arenas all vary in size, terrain and obstacles from cannons to giant spiked balls. 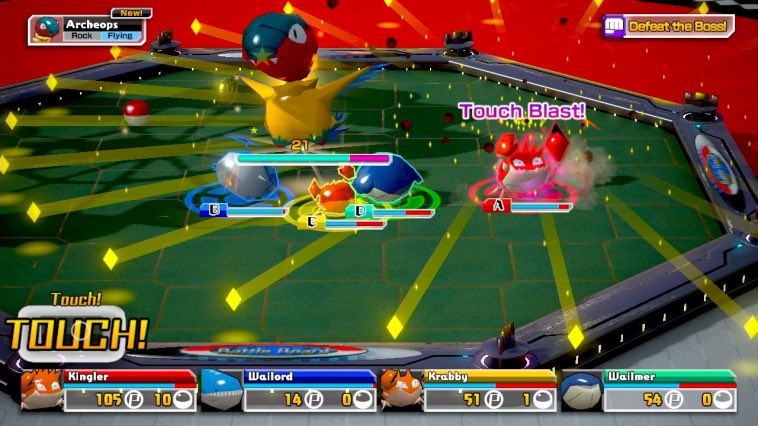 The gameplay is standard fare, essentially equivalent to a hack and slash. If you have played a Rumble game before, then you know what to expect, but there is little depth to it. The moves will damage the opponents in a variety of ways and that’s all you need to do. This can get a bit repetitive, but if you change up the Pokémon and moves you use, then you can get more out of it. You also always have three AI partners in the game, unless you’re playing multiplayer. The multiplayer is local only but really helps out in the gameplay, especially in regards to some certain challenges.

As you progress through levels, you will get stronger Pokémon and each gets its own attacks. Unfortunately, these Pokemon are not customisable, so once they are underpowered, they are completely useless. With NFC figures, you can increase the strength and change their moves, but at additional cost won’t see everyone expand their game through such methods.

This brings a bit of a problem because figures are well integrated into the game. While you can completely finish the game without them, you lose the sense of camaraderie that is often associated with Pokémon. This is not a deal breaker, but the figures do add some bits to the game. 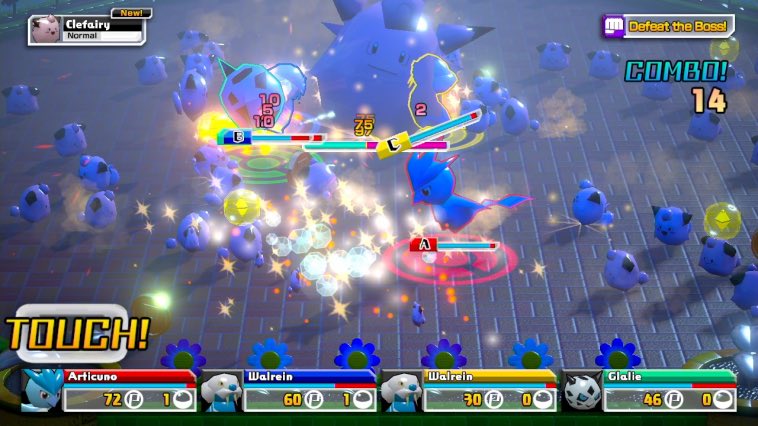 Graphically, the game looks sharper than ever before, with the Pokémon actually looking like the tin toys they’re based on. This game won’t win any contests in regards to graphics, but the particle effects and everything all look nice. The sound is crisp and the music is catchy, while the Pokemon retain their chiptune cries from the main Pokémon games.

This game, however, is rather short. You can probably get to the end in about four to five hours with very few issues, but that’s when the real game begins. If you’re into collecting all the Pokémon, that will add countless more hours to it, and if you wish to complete each challenge, it’ll add even more, especially as the challenges can get extremely tricky.

If you loved the previous Pokémon games, you will get a lot out of Pokémon Rumble U. If you enjoy collecting things and completing challenges then you’ll like it. It’s definitely a fun game, but it’s clearly not for everyone.