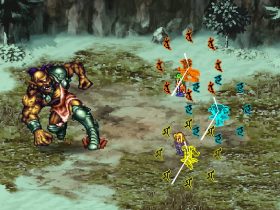 Pokémon Puzzle Challenge was one of the first puzzle games themed around Pokémon that hit the marketplace. Coming to the Game Boy Color, they took advantage of the hardware and brought Pokémon Gold and Silver together with Nintendo’s puzzle creation Panel de Pon in one cohesive package.

With this game, you have to switch two blocks in order to get a line of three or more. If you get more than three, you score points with more awarded if you can create chains and combos. You need to try and clear as many as possible to prevent the blocks from hitting the top, and while there are multiple modes on offer each revolve around the same simple gameplay concept.

Players will spend most of their time in Challenge Mode, where you essentially play through the Gyms of the Johto region – facing off against the Gym Leaders before challenging the Elite Four. As you’re playing versus a CPU player, there are times where their combos will create garbage blocks. These blocks need to be touching a line that you’re clearing in order to turn into standard blocks, after which they can be removed. 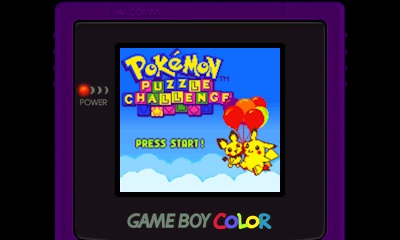 There’s several other modes to the game including Marathon, which will consume you for as long as you are willing to play, a Time Zone mode which is similar but times you, and Garbage Mode that has you remove various garbage blocks before they hit. Players can select the speed and difficulty to either alleviate or heighten the challenge posed, but even so the speed will increase as you progress through a stage.

There’s also Line Clear mode, where you are required to clear the pieces down to a certain point, and Puzzle Mode, which gives you several challenges to complete such as clearing the board in a certain amount of moves. There are over 60 of these, allowing the game to provide some decent longevity.

However the multiplayer, as seen with most other Virtual Console releases, doesn’t make the transition and is unavailable to you. This restriction is understandable, but for a Pokémon game it comes as a bit of a blow.

Despite the name, Pokémon are seldom used in this game beyond aesthetics. If you have no prior experience with the Pokémon series, you wouldn’t be entirely lost in playing. That’s mainly because there are no Pokémon-related mechanics, and so your choice of Pokémon won’t really have any impact. Sadly, for those that are familiar, there’s a significantly low amount of playable Pokémon – with just 13 of the 251 that populated the PokéDex at the time being playable, although you will face off against a dozen more. You will begin with the three Johto starter Pokémon, collecting more as you progress through Challenge Mode when you achieve certain parameters whether that be combos or stage completion in a certain time limit. This can be difficult in itself but, as the rewards are only aesthetics, you won’t miss much if you don’t get them all. 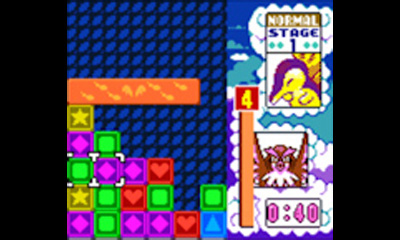 14 years on and the graphics remain to be particularly good. Those that run Pokémon Puzzle Challenge in native resolution will notice that they are absolutely crisp and incredibly colourful. Each stage matches the type of the Pokémon, so you will see that represented through aesthetic changes. Despite this colourful look, the menus in the game are sadly basic and lacking in style. The images of the Pokémon are cute, and their appearances react to your current situation whether that being panicked, happy or sad that you’re losing.

Pokémon Puzzle Challenge is still fun to play. While it is lacking in overall features – especially multiplayer – it’s definitely well suited to those that enjoy the puzzle genre or Panel de Pon games. While the Pokémon flair is rather subtle in the game, it makes a decent backdrop and the inclusion of the Challenge Mode to bring in more Pokémon aspects is a very nice touch. It’s also great fun to play on the go, which is perfect for the handheld.