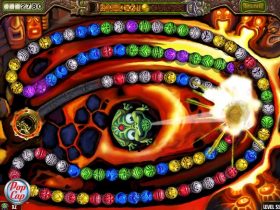 Saturday 26th April may have been earmarked in your calendars as a reminder that the Pokémon X & Y Battle Tournament 2014 Grand Final were to take place in London, but the date held far more significance for series creator Game Freak.

The Japanese developer was founded by Satoshi Tajiri on the same day in 1989, with this year marking their 25th Anniversary. Pokémon game director Junichi Masuda took to Twitter to mark the occasion, sharing a picture of himself surrounded by Dedenne plushies with the message: “On April 26th, GAME FREAK inc. has celebrated its 25th anniversary! Thank you for always supporting us!”

Whilst predominantly recognised for their efforts with the Pokémon franchise, Game Freak have aided Nintendo from the early days of the Famicom, working through the years on titles such as Yoshi and Mario & Wario. They even had experience developing games for SEGA’s Mega Drive and the original PlayStation, in Pulseman and Click Medic.

We most recently revelled in enjoying last November’s Pokémon X & Y, although it is teases of the future that continue to excite fans most. Happy Anniversary, Game Freak!