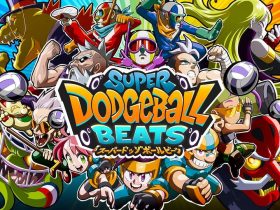 Easy Day Studios has revealed that Skater XL will release on Nintendo Switch, an upcoming skateboarding game that has looked to recreate the authentic California skateboarding experience.

With physics-based board control and sandbox-style gameplay, the developer has used detailed motion-capture and built a custom animation system that composes real-time animations on the fly.

The board and character are under your control moment-to-moment, meaning that no two tricks or lines are ever alike.

You will be able to fully customize your character with a variety of gear, clothing, and accessories, whereas a community-created Replay Editor will let you capture, relive, and share your best moments.

“All through development we’ve talked about how perfect the game would be on the [Nintendo] Switch,” explains Easy Day Studios director and co-founder Dain Hedgpeth.

“It’s our first title for the platform and it’s so awesome to be able to play the game on the go with the same level of control and responsiveness that it has on the PC version.”

Skater XL will release on the Nintendo eShop for Nintendo Switch worldwide in 2020.