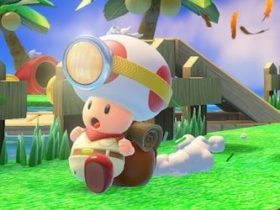 Captain Toad plushies popping up in Japan this December

Nintendo have once again found themselves embroiled with a patent infringement battle, this time with Philips.

The technology company, whose products nowadays are largely centred around healthcare, consumer lifestyle, and lighting, claim that Nintendo have overstepped the mark with their motion-controlled consoles and peripherals.

That encompasses the Wii U, Wii and their accessories, and technology used that “models a user’s body in a virtual environment by animating a virtual body to follow the physical movements of the user.”

Such devices apparently infringe on Philips’ ‘Virtual Body Control Device’ and ‘User Interface System Based on Pointing Device’ patents, and, more worryingly, that Philips made Nintendo aware in December 2011.

They’re now seeking damages, enhancement at three times the value, and interest on top of that. Alongside that, they company’s requested an injunction that would prevent the importation and sales of Wii U, Wii and any other infringing products.