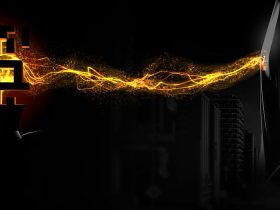 Shift Quantum Inverts The World On Nintendo Switch Next Month

The Pan European Game Information (PEGI) has issued a rating for Metro Redux on Nintendo Switch, revealing that the story-driven shooters will soon make a return on the portable home console.

Metro Redux was previously released on PlayStation 4, Xbox One, and PC, and includes both Metro 2033 and Metro: Last Light.

These had been “rebuilt in the latest and greatest iteration of the 4A Engine for next-gen consoles and PC,” running at 60 frames-per-second while delivering “new lighting, physics and dynamic weather effects” and more.

With the developer promising “epic adventure combining gripping survival horror, exploration and tactical combat and stealth,” what sacrifices will need to have been made to port the collection to Nintendo Switch remains unclear until the official reveal.

Metro Redux had come with all previously released downloadable content, amounting to what has been positioned as “50+ hours of AAA FPS gameplay for an incredible price.”