Anime Expo Lite 2020 To Host The World Ends With You: The Animation Panel

I have had a brilliant time with Paper Mario: The Origami King. Pitched as a comedic adventure, I have laughed, welled up with tears, head-scratched in confusion and even nervously-trodden my way through the moustachioed icon’s paper-built escapades. The 35 hours that I have spent with this latest Nintendo Switch exclusive have stirred a range of emotions that are as kaleidoscopic as the handicraft materials that were used to construct it.

The paper-crafted Mushroom Kingdom’s carefully-placed folds and creases are once again faced with a great threat. Invited to Toad Town’s Origami Festival, Mario and Luigi arrive to discover that the place is eerily deserted. After a strange encounter with a peculiarly-shaped Princess Peach who asks Nintendo’s instantly-recognisable icon to crease himself and be reborn, you’re sent tumbling into the castle’s dungeons.

Your descent into the murky depths beneath Peach’s Castle is somewhat fortuitous. After stumbling on a Magic Circle you use the 1,000-Fold Arms to rescue Olivia who’s stuck inside a wall, witness Bowser’s minions being turned into Folded Soldiers, free your arch-enemy from a clothes peg and make your escape only to run into the game’s villain, King Olly. With plans to fold, crease and bend the entire paper world to create a new origami kingdom, he summons coloured streamers to uproot and relocate the castle. With Mario and pals left to flee in a Koopa Clown Car, your adventure begins.

Paper Mario: The Origami King isn’t the resounding return to the series’ role-playing roots that fans have been waiting on for the best part of nearly two decades. Nor does it ever want to be. Instead, Intelligent Systems has continued to listen to the criticism directed at their efforts in recent years and built upon their papery foundation to snip out the parts that everyone grumbled about to deliver a more enjoyable experience.

That means that there are no Stickers, Things are gone, and you don’t need to awkwardly paint Battle Cards on a second screen before flicking them up towards your television. The battle system is where everything starts to “get crumply” in Paper Mario: The Origami King, that, now created with a puzzle-orientated focus, can be tackled at a much quicker pace to the point that they never became too bothersome.

Many will have seen the battles in action by now, but each encounter sees Mario become surrounded by Folded Soldiers. Jumbled up on segmented, rotating rings, your immediate challenge is to swiftly line up your enemies in a limited number of moves before dealing damage with your Boots, Hammer or Items – which includes the usual Fire Flowers, Ice Flowers and Tails. Line them up correctly, and you will deal bonus damage that can soon see the battle be over before it’s even started.

Naturally, these battles become much more difficult over time, and even more so in the game’s many boss encounters. Enemies such as Ninji and Boos can disappear from sight making them much harder to successfully line up, while boss battles – which are largely against the Vellumental and menacing Legion of Stationery – will challenge you to expose weaknesses before you can dish out real damage. If you are struggling there is an item called the Puzzle Solver – which I never ended up using – that you get in the Battle Lab that can mark the best spot to place enemies to group them, there are optional Accessories to unlock that will alleviate the difficulty in different ways, and the Coins that you constantly earn will soon prove to be invaluable.

As there is no experience-based system, it is the MAX UP Hearts that you collect that not only increase Mario’s health but also strengthen his attack power. The Coins, on the other hand, can be spent in Toad Town to buy stronger Boots, Hammers and other Items – graded from Shiny to Legendary – to let you deal more damage. These deteriorate after multiple uses, but there was never a point when I ran out. That’s most likely from the fact that you also collect them on your travels, and that Toad Town is always a quick Warp Pipe journey away.

Your Coins can also be spent in battles to extend the timer while you line up enemies, or to summon a rousing Cheer from the Toads that gather to watch on the nearby benches. This will see the Mushroom Kingdom inhabitants leap onstage, helping to rearrange the rings for you and chucking useful items at you like stronger weapons and health-recovering Hearts.

Battles may be central to Paper Mario: The Origami King, but they arguably aren’t perhaps what beats at the heart of this game. That can seemingly come from any direction, from the hilarious and pun-ridden script that both the original writing and localisation teams deserve much credit for, to the often unexpectedly heartfelt storytelling that unfolds throughout your adventure. Olivia really is the star here, the outwardly curious origami always ready to offer an innocent and wide-eyed view – seeing as she is exploring the Mushroom Kingdom for the first time.

There are other characters that will join you on your adventures, such as Bobby the Bob-omb, Professor Toad and Kamek. But, I felt that these companions were often disappointing in how under-utilised they were. If there’s one thing that I still miss from the earlier Paper Mario games, it’s teaming up with different partners and using their abilities in and outside battles. They remain much less integral here, in that they are with you for part of the story up until you move on to the next area and can’t be directly controlled in battles – only randomly attacking whenever they feel like it.

Paper Mario: The Origami King offers up enough distractions beyond the storyline. Each area is covered in Not-Bottomless Holes that King Olly’s larger papier-mâché Paper Macho Soldiers have chomped from the scenery which you can make Mario enthusiastically restore with multi-coloured confetti, as well as Toads that he has folded into origami creations – such as swans, butterflies, dogs and fish – that you need to whack with your Hammer to save.

There are also Collectible Treasures to recover, normally requiring you to overcome puzzles in the environment that often use the 1,000-Fold Arms – which, it’s worth mentioning, can be used with or without motion controls – to smack or peel back materials, opening up new paths to reach sneakily-placed Treasure Chests.

These are displayed in Toad Town’s Musée Champignon, which soon becomes a highlight as you cram it with the objects, music, treasures and origami that you find – stuffed into the separate Art Gallery, Origami Toad Gallery, Treasure Gallery, Origami Character Gallery and Sound Gallery rooms. The map helps you to identify which areas still have secrets to hide, and I have spent a few hours post-completion trying to locate the ones that I have missed.

Creased and folded with meticulous care, Paper Mario: The Origami King is a cut above the rest that sees the paper-crafted series back at its best since the rightly lauded Paper Mario: The Thousand-Year Door. The moustachioed paper cut-out’s journey to liberate Peach’s Castle offers a personality-packed adventure that’s worth setting out on, and one that will be remembered for the laughter, thrills and standout moments that it delivers. 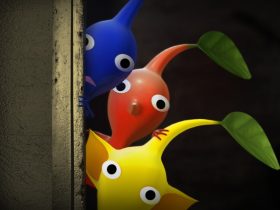