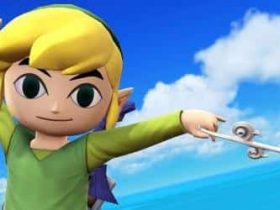 Asked as to whether the 3DS and PlayStation Vita will be the last handhelds from Nintendo and Sony, Wedbush Securities analyst Michael Pachter has shared his thoughts within the latest episode of Pach Attack.

Whilst he can’t see Sony continuing to invest in portable gaming after poor Vita sales, it continues to be Nintendo’s “bread and butter” and that they make “great first-part software.”

“There will certainly be another handheld from Nintendo,” Pachter began in his response. “That’s Nintendo’s bread and butter, that is their business, they dominate.”

He later continues, “… the 3DS is doing fine, and I would guess that 3DS sales are going to be about 15 million this year globally. They were about 15 million last year, and that compares to 30 million for DS. But they make plenty of money at 15 million units, as long as they can do that they’ll upgrade, redesign, and there’ll be more.

“There’s always going to be demand for handheld gaming, it’s something a lot of people really like. Nintendo makes great handheld first-party software. I think the bigger problem is that third-parties are pretty much giving up on handheld, it’s just not something that makes sense for most of them and Nintendo dominates.

“You’re going to see probably decent sales when you get the next Pokemon, the next Animal Crossing, the next Zelda game on handheld, and the thing that Nintendo has going for them is that you can’t play those games anywhere other than on their platforms.”