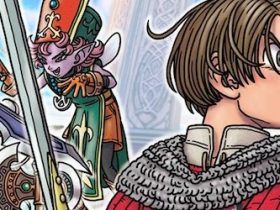 The arrival of the Nintendo 3DS has made a “smaller impact” than was expected across North America, although the release of a killer app such as Kid Icarus: Uprising could rapidly increase its appeal according to Michael Pachter, research analyst for Wedbush Securities.

“The long-awaited introduction of the 3DS has so far had a smaller impact than we originally expected, leading us to be more skeptical about an industry rebound in 2011,” Pachter commented in a message to investors. “We initially expected the launch of the 3DS to spike overall software sales growth back into positive territory beginning in April, but the handheld is off to a slow start, as a lack of compelling software has kept many consumers on the sidelines for the expensive hardware.”

He continues, “We had anticipated solid software sales for the 3DS, but the lineup of games for that device is so far lackluster. Once a ‘killer app’ for the 3DS launches (likely Kid Icarus), sales of the hardware should grow nicely, and the contribution from 3DS software has the potential to drive overall industry software sales around.”

Pachter also believes that to continue to stimulate growth within the games industry, both Microsoft and Sony need to cut the price of their respective consoles – echoing Nintendo’s recent move in dropping the Wii’s price.

“Until hardware sales rebound for an extended period of time, consistent software sales growth will remain elusive, and we do not expect console hardware sales to grow consistently until the console manufacturers cut prices,” he added.

“Nintendo’s recent cut for the Wii will likely prompt similar cuts from Microsoft and Sony, although neither has signaled that a cut is imminent. We expect cuts by holiday, but think that Microsoft may consider a cut at E3. Once Microsoft cuts price, we expect Sony to quickly follow suit.

“A price cut of $50 for each should drive five per cent greater software sales, and has the potential to turn modestly negative software sales growth for the year into positive territory, depending upon the timing of cuts.”