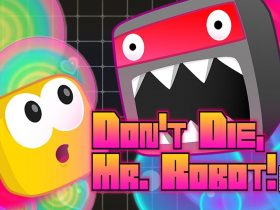 Wander along the Faron region’s coastline in The Legend of Zelda: Breath of the Wild, and you will soon come to Lurelin Village.

This small, unassuming fishing community is the only permanent settlement in the entire region, and, while it has gone unnoticed until now, GameXplain has noticed that it bears a striking resemblance to Outset Island in The Legend of Zelda: The Wind Waker.

While the Forest of Fairies isn’t nearby, Nintendo has spoken about the concept for the location as once being “a lonely fishing village” that has since become a resort after those in Hyrule fled from the Calamity.

The village has a market that sells fish, crab, and other goods, as well as a treasure chest game where Link can gamble rupees – which the fishermen play to amuse themselves when it rains.

“Faron is very humid and full of giant palm and banana trees, as well as a good deal of Zonai relics. It was designed to be a tropical area different from the plains of Central Hyrule,” structural lead artist Manabu Takehara explains in The Legend of Zelda: Breath of the Wild – Creating a Champion.

“Lurelin Village, found just beyond the tropics, was originally a lonely fishing village, but people thought that a village that was far enough from Central Hyrule to avoid the Calamity wouldn’t be empty and that southern seas mean resorts. Because of that, the design changed to include a number of parasols and brightly colored fabrics.

“By the way, there is a treasure chest game in this town, but the shop is full of books, which seems unusual for a place of that nature. As a result of gaining a wealth of knowledge from those books, the proprietor seems to have a unique philosophy.”