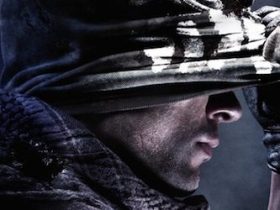 Here’s our Call of Duty: Ghosts Wii U gameplay footage

New Nintendo Universe recruit Jeremy (@JeremyBTyler) casts a reflective mind across his experiences as an early Nintendo 3DS adopter during the six months that have followed its launch in March.

The Nintendo 3DS is an intriguing handheld gaming device. The technology behind it is amazing; I was interested to see how the glasses free 3D display would work with gaming. The inclusion of SpotPass, the gyroscope and even the pedometer to gain game coins to be used in different games was something I was particularly looking forward to. I had planned to get one, but did not pre-order a unit, nor did I think I would buy one during launch week.

After talking to some of my friends online who had picked up a unit during launch, it really sparked my interest and I purchased a unit the Saturday after it was released.

At first I was underwhelmed at the choices of games that accompanied the launch of a great new system. I have often heard that a gaming system can have the greatest technology behind it, but it will not be successful if there are no decent games for it. At this point of time, that seems to be the fate of the 3DS. I still find the technology amazing, and some more games have been released; however, I am still waiting for some of the triple-A titles we were promised at launch.

The good news is those titles are coming: the likes of Super Mario 3D Land and Mario Kart 7 now have release dates for gamers to look forward to, although other highly anticipated games, including Paper Mario 3D, Luigi’s Mansion 2 and Kid Icarus: Uprising, regrettably don’t.

One thing that may stick out about the games listed above is that they are all first-party games. Nintendo has a history as of late of receiving very poor third-party support. Some may point out the amount of games that have been released on the DS, 3DS and Wii so far. There may be a lot of titles from which to choose, but most of those games can be filed into the category of “shovelware.” However, some promising third-party games have been announced, such as Skylanders: Spyro’s Adventure, Cave Story 3D, Doctor Lautrec and the Forgotten Knights, Metal Gear Solid 3D Snake Eater and Heroes of Ruin to name but a few. 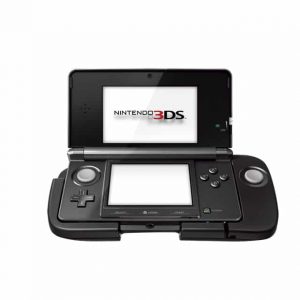 Recently Nintendo announced an add-on for a second analog stick. From the pictures I’ve seen, the peripheral is pretty ugly. While it may add ease of playability to upcoming games, it could prove to be more problematic for Nintendo. I’ve heard rumors of a redesign for the 3DS, which has the potential to upset early adopters even more than the price drop just five short months after release.

Right now, Nintendo’s future with the handheld is up in the air. Early adopters, like me, were upset with the price drop. The added analog stick peripheral raises questions about a re-design. While the launch of the 3DS was fairly underwhelming, the future looks brighter, if not a bit uncertain.