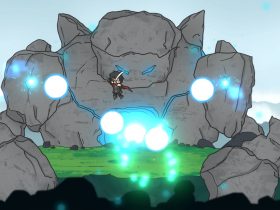 Leap Into Action In Towertale On Nintendo Switch

Zodiac Interactive has announced that One-Way Ticket will release on Nintendo Switch next month.

This visual novel from developer Light and Digital Technology has been loosely based on real events.

Isolated at sea on a long-distance fishing vessel, a group of men and women find their humanity threatened as crew members start to turn up dead.

One-Way Ticket will release on the Nintendo eShop for Nintendo Switch worldwide in June.