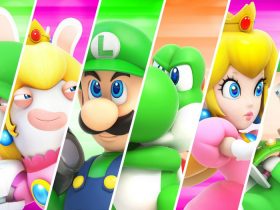 Spearhead Games has announced that Omensight: Definitive Edition will release on Nintendo Switch next week, challenging you to fulfil your destiny to save the world of Urralia.

In this action-murder-mystery game, you must prevent the apocalypse and are fated to repeat the last day of the world until it can be saved.

You play as the Harbinger, a mythical warrior who only appears in times of crisis. That comes when the land of Urralia becomes torn by war, and, as night falls, you witness a dark God destroying the world.

But, you have been granted the power to relive this final day. You must investigate and interact with characters that have a part to play in the impending apocalypse, choosing to fight with or against them while using your Omensight power to weave a less destructive narrative.

The game stars the voice acting talents of Patricia Summersett (The Legend of Zelda: Breath of the Wild) and Julian Casey (We Happy Few, Stories), with a story that has been penned by a team that includes Nadim Boukhira (Stories), Genese Davis (The Holder’s Dominion) and Chris Avellone (Planescape: Torment, Pillars of Eternity).

Omensight: Definitive Edition will release on the Nintendo eShop for Nintendo Switch worldwide on December 13th priced at €16.79 ($19.99), and is now available to pre-order with a 10 percent discount.