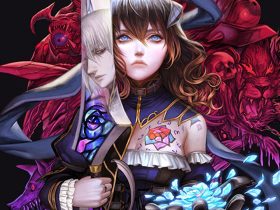 With eight travelers that each have their own role to play, it can be hard to determine who is the best starting character to choose in Octopath Traveler.

Seeing as the Nintendo Switch exclusive’s non-linearity means that you can experience every protagonist’s story in a single playthrough, it isn’t a decision that you should fret about for too long. But, the only thing that you will need to keep in mind is that the first character that you choose will be a permanent addition to your, eventual, four-strong party.

Without that concern, it, therefore, means that it will likely be more of a personal choice, driven by your interest in the character’s storyline than by their class, Path Action and Talent.

If you are wanting a recommendation from us, Olberic, with his strong attack and defense, is a well-rounded choice for those wanting to start levelling him early, while Cyrus, thanks to his Study Foe Talent, can help identify enemy vulnerabilities in battle – a key gameplay mechanic that will let you inflict Break.

And then Ophilia and Primrose can recruit NPCs to your party, which can be summoned in battle to boost your numbers and damage output. Whereas Therion, with his Pick Lock Talent, can be useful to plunder purple treasure chests that you will regularly encounter in dungeons for more fruitful rewards.

As you work your way through each character’s first chapter, they will all quickly become available to you in any case. So, effectively, that is no wrong or bad decision to make as you start your adventure in the world of Osterra.

We have listed the eight characters along with their class, Path Action and Talent below, for you to be able to glance at more easily than in-game:

Your name is Alfyn, and you are an apothecary. You treat the wounded and sick in a small village amid the babbling brooks of the Riverlands.

Stricken ill as a child, you were saved by a traveler who asked for nothing in return, inspiring you to follow in his footsteps. Though hesitant to leave the only home you’ve known, your best friend convinces you to follow your dream, wherever it may lead you…

Your name is Cyrus, and you are a scholar. You teach at the Royal Academy in Atlasdam, and though you have numerous admirers, your only true passion is the pursuit of knowledge.

“There is so much more I would learn!” One day, you realise that an invaluable tome has vanished from the Royal Library, piquing your insatiable curiosity…

Your name is H’aanit, and you are a hunter. One of the last descendants of an ancient clan that calls the deep forest home, your prowess with the bow is unmatched.

Your master left home one year ago, summoned to hunt a dread beast, and you protected the village while awaiting his return. Then, one day, the return of an old friend gives you cause for concern, and you strike out on a journey of your own.

Your name is Olberic, and you are a warrior. Once a proud knight, you lost both king and kingdom in a bloody coup. Today, you serve as a master-at-arms for a remote mountain village.

“To what end do I swing my blade?” The question tortured you night after restless night. Then, one day, you overhear a name from your past, giving you new purpose…

Your name is Ophilia, and you are a cleric. You hail from the snowswept Frostlands, where you dutifully serve the Order of the Flame under your adoptive father, the archbishop.

As your adoptive sister – and best friend – prepares to embark on a perilous pilgrimage, you stand ever at her side. But unbeknownest to the both of you, events are about to take a tragic turn…

Your name is Primrose, and you are a dancer. You ply your trade in the pleasure district of Sunshade, a town forever shrouded in darkness.

In truth, you are the highborn daughter of the once-proud House Azelhart, an identity you conceal from all. “Three men bearing the mark of the crow. They took my father from me.” But you will have your revenge…

Your name is Therion, and you are a thief. While your past is a guarded secret, your exploits are known far and wide. Mere whispers of your extravagant heists strike fear into the hearts of the wealthy.

Drifting into the Cliftlands one day, you hear a rumour of great riches to be had. You set your sights on a mansion said to be impregnable, only to find what you never expected…

Your name is Tressa, and you are a merchant. You stock the shelves at your parents’ shop in your sleepy, seaside hometown. Yet you often find yourself gazing out at sea, longing for something more.

“What lies beyond the horizon?” You thought you’d never know the answer. Then, one day, an unfamiliar vessel weights anchor at the docks, changing your life forever…