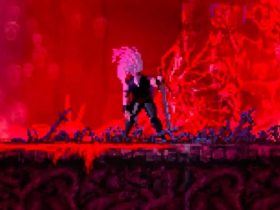 Slain: Back From Hell Physical Signature Edition Out Next Month

Nintendo has warned users to be careful when buying the Expansion Pass for Pokémon Sword and Pokémon Shield.

To make matters worse, Nintendo’s policy is to not provide a refund for “mistaken purchases,” meaning that, unless they own both games, players are being left with content that they have bought that they are unable to access.

“We are unable to provide refunds or exchanges for mistaken purchases, and/or if you don’t like the game,” Nintendo Support explains.

“Also, when you purchase digital content in Nintendo eShop, at the time of your purchase, you consent to Nintendo beginning with the performance of its obligations immediately, before the cancellation period ends, and you acknowledge that you will thereby lose your right to cancel at that point.”

Their recommendation is to buy the Expansion Pass through the in-game menu, as this will direct you straight to the correct version.

Priced at £26.99 ($29.99), the Expansion Pass will deliver the Isle of Armor and The Crown Tundra content to their respective games.

The expansions will each add “a new area to explore, newly discoverable Pokémon, clothing items, handy features, and more.”

You will be able to use your existing save data, and, for those setting out on their adventure in the Galar region, this new content can be accessed “at almost any point in the main games.”

In this expansion, Trainers will head to the Isle of Armor, the stage of a new adventure in the Galar region. The Isle of Armor is a giant island full of environments not seen in Galar before. There, players will find wave-swept beaches, forests, bogs, caves, and sand dunes.

There are also plenty of Pokémon that make this island their home, living freely amid the lush natural surroundings. There’s even a dojo here that specializes in some very particular training styles. Trainers and their Pokémon will take up an apprenticeship under the master of this dojo and train hard to become even stronger.

This expansion is set in the snow-swept realm of the Crown Tundra. The Crown Tundra features a beautiful shining, silvery landscape. In this frigid area, with its jagged winter mountains, people live in small communities where they support and rely on one another.

A certain person will appoint the player as the leader of their exploration team in the Crown Tundra, where Trainers will be tasked with investigating the reaches of this frozen land. Here, Trainers will be able to explore the full depth of Pokémon Dens, which they’ve so far only been able to glimpse in Max Raid Battles.