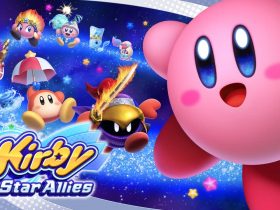 Whilst they chose to take a step back to reconsider their approach, the company has now confirmed their intentions in that they will split any earned revenue between themselves and the creators.

Those wishing to record and share videos will first need Nintendo’s permission through applying to their affiliate advertising revenue sharing program. This will see revenue shared between Google, Nintendo and the video creator, with the company having already begun tagging recently created videos.

““Nintendo has been permitting the use of Nintendo copyrighted material in videos on YouTube under appropriate circumstances,” Nintendo of America clarified. “Advertisements may accompany those videos, and in keeping with previous policy that revenue is shared between YouTube and Nintendo. In addition, for those who wish to use the material more proactively, we are preparing an affiliate program in which a portion of the advertising profit is given to the creator. Details about this affiliate program will be announced in the future.”