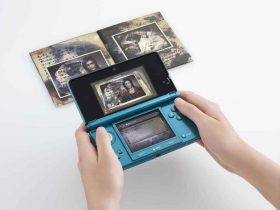 Nintendo would have liked Wii U to have been more competitively priced at launch, but their plans were affected by the world’s economy bearing the brunt of an unanticipated recession.

That admission came from Satoru Iwata, who reasoned that the yen’s valuation and poor exchange rates in overseas market meant that they had been forced to sell the console for a higher price than they’d hoped.

“I think, to be honest, we were in a difficult situation,” Iwata admitted to TIME. “Because for the home console our biggest market opportunity was in the overseas markets in the U.S. and Europe, but because of the valuation of the yen and the exchange rates into dollars and euro, it made it a difficult proposition for us to capitalise on that, because of the cost that we were forced to sell the system at.”

We can interpret that Nintendo tried to counter the situation by launching at two different price points, namely through the Wii U Premum Pack and the more vanilla Wii U Basic Pack. That looked to help cater toward their casual and more hardcore audiences, being $349 and $299 respectively.