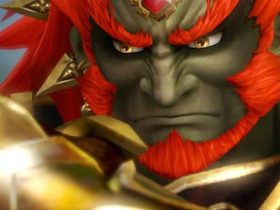 How to unlock Ganondorf in Hyrule Warriors

Nintendo have long championed the benefits of bringing players together, and that has continued in the past year with games such as Mario Kart 8 and Super Smash Bros. for Wii U.

With the company’s partnership with DeNA, that mantra certainly isn’t set to change anytime soon. Nintendo’s Satoru Iwata has shared his thoughts on how the company attracts such a broad demographic, and they often find success more through playing together rather than word of mouth as traditionally expected.

“One thing that we have found over the years is that video games themselves have a tendency to be difficult to break out of a particular segment,” Iwata discussed with TIME. “But what we have found with some of our most successful products, is that they tend to be ones where people are playing them together and the communication is spreading much more broadly and easily than standard word of mouth communication.

“And what you start to see is people of different generations playing together and talking with each other, and sometimes you even see grandchildren talking with their grandparents about a video game.”

He continued, “So with the plans for our smart device efforts, that will also take on this theme of giving people opportunities to learn from one another about games, and giving games an opportunity to spread across different generations of people, and give people more opportunity to communicate with one another about games. And I want to say that we’re going to be putting forth some effort to be able to provide some factual data that supports these viewpoints.”