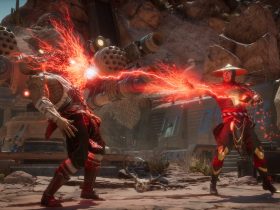 It arrives in time for E3 2017 this week, where Nintendo will host the 2017 Splatoon 2 World Inkling Invitational, 2017 ARMS Open Invitational, and 2017 Pokken Tournament DX Invitational.

As a reminder, here is the scheduled events that Nintendo has planned for the week:

Details: For the first time ever, competitors from four different global regions will compete for world dominance in Splatoon 2. The four four-person teams – from the United States, Japan, Europe, and from Australia/New Zealand – defeated their local rivals and gained the chance to take on competitors at E3.

Format: Teams will battle in a round-robin Turf War tournament that will decide seeding for the next round. All teams will play one another and get a chance to scope out their opponents’ strengths and weaknesses. In the next round, teams will battle in the game’s Ranked Battle modes. The semi-final stage will be a best-of-five battle, while the championship will be best-of-seven.

Prize: The winning team will win global bragging rights and a special Splatoon 2 trophy engraved with their names.

Prize: Both winners will each receive a Pokkén Tournament DX art piece signed by Tsunekazu Ishihara, president and CEO of The Pokémon Company, and members of the development team.

What: Members of Nintendo’s Treehouse will once again delve into the details of the Nintendo Switch console and games for the Nintendo 3DS family of systems, including Super Mario Odyssey and Pokkén Tournament DX. Viewers will get an in-depth look at gameplay and hear behind-the-scenes details about Nintendo’s line-up for E3.

Who: Treehouse members, as well as developers and other game experts, including Tsunekazu Ishihara, president and CEO of The Pokémon Company. Mr Ishihara and various developers will talk about the upcoming Pokkén Tournament DX game for Nintendo Switch.