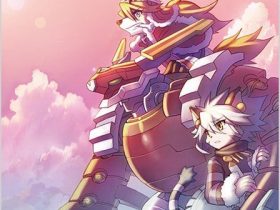 Nintendo have today unveiled the Pokémon Global Link website, which is due to launch in Spring following the release of both Pokémon Black and White for Nintendo DS.

Providing the opportunity to sync their gameplay from their Nintendo DS’ to their PC via the internet, Pokémon fans will be able to access customisable web-only content, befriend additional Pokémon, communicate with fellow Pokémon Trainers, earn and view Worldwide Battle Ratings, and even more.

Whatever players do on the website be reflected in their Nintendo DS games, but to do so you’ll first have to obtain a free Pokémon Trainer Club account from the official Pokémon website.

“Pokémon Global Link will introduce brand-new ways to play Pokémon that enhance what players love most about the games-battling, trading and collecting Pokémon,” comments J.C. Smith, Director of Consumer Marketing for The Pokémon Company International. “Giving players the ability to interact with Pokémon and other Pokémon Trainers online deepens the game’s play experience and connects players from all over the world like never before.”

In further explaining the functionality of the website, Nintendo write:

Pokémon Global Link features three main components that enhance the Pokémon video game experience online. The Pokémon Dream World features all-new ways to interact with Pokémon in a customizable web-only setting, featuring mini games and scenarios that enable Pokémon and items to be transferred back into the Pokémon Black Version or Pokémon White Version video game. The Global Battle Union allows players to keep track of their battle record against other players around the world and provides players a Worldwide Rating and an opportunity to compete in live events. Pokémon Global Link will also house the Pokémon Global Trade Station, launching later this year, giving players the ability to track Pokémon trades all over the world.

After registering with Pokémon Global Link, players will also gain access to the Rating Mode in the Global Battle Union. Players will be able to earn a Worldwide Rating, which is calculated based on a player’s battle score, and see where they stack up against Pokémon Trainers from all over the world. Aside from bragging rights within the Global Battle Union, top-performing players may qualify for invitations to live regional and national tournaments in the Pokémon Video Game Championship series for the opportunity to advance to the Pokémon World Championships in San Diego, California, in August.