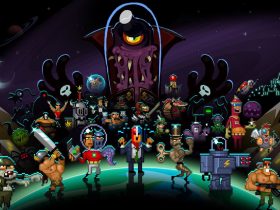 Joker’s anticipated arrival in Super Smash Bros. Ultimate has proven to be a server stress test for the Nintendo Switch Online service.

With players around the world wanting to download software update version 3.0.0, many are being met with the error code 2137-8056. This comes accompanied with the message that “a server communication error has occurred,” with the advice to simply “try again later.”

This has also affected other network services, such as access to the Nintendo eShop. Nintendo has acknowledged the ongoing issue, and “are working to address the problem.”

It’s believed that this is simply due to the demand being placed on the server, rather than the something that network maintenance is impacting. The network servers are currently undergoing maintenance until 3.30am BST, while similar work is being performed on the mascot brawler’s servers – which is expected to end at 4.30am BST.

However, this wouldn’t prevent players from downloading the software update – we know someone who has been lucky enough to download it and is battling it out with the Phantom Thieves of Hearts leader already. That means that the best recommendation would be to hold out for an hour or so for things to settle down.