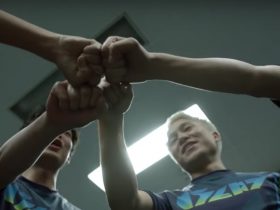 Did You Spot This Easter Egg In The Nintendo Switch Trailer?

Brand consultancy Interbrand has released their rankings for this year’s Best Global Brands, which has seen Nintendo snubbed for the first time since they began in 2001.

Apple and Google took the lead to be ranked first and second, positions that they have now held for three consecutive years. Whereas rivals Microsoft and Sony came in fourth and 58th respectively, with new entrants emerging in LEGO, PayPal, Mini, Moët & Chandon and Lenovo.

Interbrand examine each company’s financial performances and how their brand has contributed to any profit, from which they estimate brand values and rank them accordingly.

The Japan Times reports that Interbrand Japan CEO Yuki Wada reasoned that Nintendo’s omission had been in response to the company’s inability to adapt to changing trends, indicating that they had taken far too long to approach the smartphone market.

Nintendo has been incredibly open about 2015 being seen as a transitional year for the company. They’ve strived out in new ways, whether that be their alliance with DeNA, creating major attractions at Universal theme parks, and their new “dedicated game platform” NX to be revealed next year.