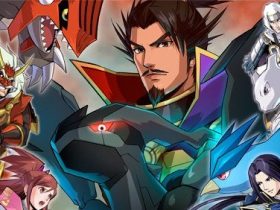 As promised, Nintendo have today outlined what the plans that they have surrounding E3 2015.

Building on the success of the approach taken for E3 2014, this will see the return of the Nintendo World Championships after a 25-year absence, a new Nintendo Digital Event to be broadcast on Tuesday 16th June at 9am PT (5pm BST / 6pm CEST), and in-depth coverage by Nintendo Treehouse: Live @ E3 from the show floor.

Nintendo Digital Event
As with E3 2014, Nintendo will once again deliver their main news by broadcasting an online video program. Their Nintendo Digital Event for E3 2015 will start at 9am PT (5pm BST / 6pm CEST) on Tuesday 16th June, which will detail “games and experiences” across Wii U and Nintendo 3DS.

Nintendo Access: Mario Maker at Best Buy
Lastly, Nintendo have once again partnered with Best Buy to allow fans across North America to play Mario Maker at over 120 selected stores. This will take place between 4 – 9pm local time on Wednesday 17th June, and 12 – 5pm on Saturday 20th June. Those that attend will receive a 30th anniversary Super Mario Bros. pin, while supplies last.

“Whether you’re tuning in online or joining us at the show, we want to include fans of all ages this E3 with an innovative and nostalgic focus on fun,” comments Nintendo of America president Reggie Fils-Aime. “I’m especially eager to bring back the Nintendo World Championships and to crown the 2015 Nintendo World Champion.”