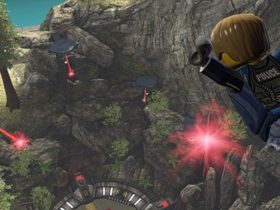 With a week to go, Nintendo have outlined what games and activities they will have on show at EGX London 2014.

Everyone will have a chance to win prizes through spinning the Nintendo ‘Swag Wheel’ which makes a return, while a Super Smash Bros. competition presents the opportunity to win more lucrative rewards.

Remember that Nintendo Life will also be hosting the grand finale of the Mario Kart 8 Championship 2014 tournament, which will kick off at 2pm BST on Saturday 27th September.

The Nintendo Official UK Store will also allow you to pre-order the limited edition Princess Zelda Statue, with only 100 available in the UK, while attendees that play one Wii U and Nintendo 3DS game on the stand can receive a 15 percent discount on all Nintendo software. Other products will include a Mario 3DS Holder (£9.99), Wii U Mario Kart Wheels (£6.99) and Nintendo 3DS XL 8-Bit Cases (£8.99).

EGX London 2014 takes place from Thursday 25th – Sunday 28th September at Earls Court in London. The event also coincides with National StreetPass Weekend, so remember to take your Nintendo 3DS with you!