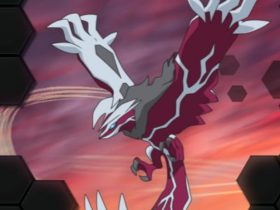 As part of their Me & #My3DS campaign, Nintendo of Europe president Satoru Shibata has stepped in to share his experiences with the handheld.

Shibata-san has no less than six 3DS XL systems, two original 3DS models, and a 2DS, pleading that people don’t get angry with him as it’s his job! Such an assortment includes the Zelda: A Link Between Worlds, Animal Crossing: New Leaf, and Year of Luigi systems, with a special Pink 3DS XL that has been signed by Andre Agassi and Steffi Graf.

He often plays before going to sleep to destress, although confesses he isn’t such a good player. His favourite games include Professor Layton vs. Phoenix Wright: Ace Attorney, for which he’s completed the Japanese version, and that he’s looking forward to playing The Legend of Zelda: A Link Between Worlds over Christmas.

He’s also got over 1000 Miis populating StreetPass Mii Plaza, and has Iwata-san’s, Miyamoto-san’s and Reggie’s waving away at him.