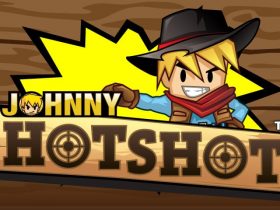 Nintendo of America have confirmed the content that is arrive alongside the first major system update for the Nintendo 3DS, due to go live in the evening of June 6th (PST).

Such available content – including the Internet browser, free Pokédex 3D application, and Nintendo eShop – is exactly the same as what Europe is set to receive, so head here for more details.

Those within North America will be able to claim a copy of NES title Excitebike, re-mastered in 3D for free until July 7th, with Virtual Console content set to include Super Mario Land, Alleyway and Radar Mission. Further content will be added to the Nintendo eShop on Thursdays.

You’ll also be able to download the free Pokédex 3D application, Internet browser, as well as the ability to transfer Nintendo DSiWare games to the Nintendo 3DS for those that previously purchased titles on Nintendo DSi and Nintendo DSi XL.

“The Nintendo 3DS system is constantly evolving and growing,” comments Nintendo of America president and COO Reggie Fils-Aime. “The Nintendo eShop is a one-stop resource for a broad range of Nintendo information and downloadable games and applications. It expands the Nintendo 3DS experience with new and entertaining content.”