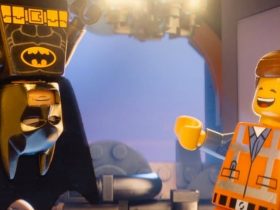 You can now watch this week’s Nintendo Minute episode, in which Nintendo of America’s Kit Ellis and Krysta Yang check out the new, paid Star Fox downloadable content for Starlink: Battle For Atlas on Nintendo Switch.

First, though, there will be free content added in a software update on April 30th, which will see the Crimson Moon mysteriously appear in the Atlas star system that plays home to the Outlaw Games.

You will be able to compete in new single-player and two-player split-screen racing tracks, or fight waves of ruthless enemies in the Crimson Coliseum – seeing your rank and stats on leaderboards.

There will also be paid downloadable content, that will unlock five new pilots, three new starships, and 11 new weapons.

And, priced at $11.99, there’s also the chance to take control of the Star Fox team members Peppy, Falco and Slippy – each with their own unique special ability and skill tree – to participate in missions to hunt down the Star Wolf team.