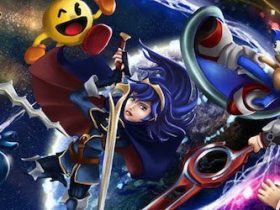 Nintendo know that Metroid Prime: Federation Force wasn’t the announcement related to their intergalactic action-adventure series that you had hoped for.

Speaking to Kotaku, Nintendo of America president Reggie Fils-Aime shared that the negative feedback reminded him of how the Zelda community had responded to The Legend of Zelda: The Wind Waker’s art style. And that went on to be regarded as “one of the most beloved games of all time.”

As for Metroid, his message was clear: “We know what’re doing.” Next Level Games have proven themselves with Luigi’s Mansion 2, and Nintendo would rather you play the game first before making a snap judgement.

But they’re aware “that the fans want a straight Samus Aran game,” with Fils-Aime reasoning that they’d rather “suprise and delight” you by announcing a launch date and letting you play it at events such as E3. Which, as has been a repeated message, is unlike their competitors, with announcements such as Final Fantasy 7 Remake and Shenmue 3 years away from when anyone will be able to play them.

Fils-Aime: “Here’s what I would state: we know what our fans want. We will also push the envelope in developing something that we know is high-quality and that we know will deliver in the marketplace. The best example I can give you of this, and I think you will appreciate it, is The Legend of Zelda: The Wind Waker. Remember when that art style was first shown. The uproar from the Zelda community was intensely negative. If there had been social media then, there probably would have been a petition to make that game go away.”

Totilo: “And I’m not… Next Level Games is making it, and I believe in them, because Luigi’s Mansion Dark Moon is fantastic. Mr. Tanabe has overseen many a great game. I think the question for me, which is a little different than what I’ve seen from some of our readers, I’m not so convinced that this game is going to be bad just because it doesn’t look like what I want. But my curiosity is: Do they [Nintendo] know that people still want a Samus Aran adventure?”

Totilo: “I was surprised there was no messaging that said, ‘Don’t worry, we know you’re interested in this as well….’”

Fils-Aime: “Look, we know that the fans want a straight Samus Aran game. We also know that the best way to launch a game like that is to surprise and delight them, to give them a launch date, in an environment like this let them play it vs. what other companies do which is to announce a project that you may not see for five, six years. It’s just not the way we do things. We know the community wants to see a straight-up Metroid game. We know it.”