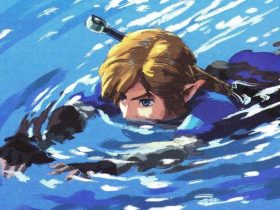 EDGE’s Zelda: Breath Of The Wild Review Scores A Perfect 10

This week’s Nintendo eShop releases for North America are in, delivering new demos and games for Nintendo Switch and Nintendo 3DS – as well as plentiful discounts across all platforms.

Nintendo eShop Sales
Great deals this week! Check out the full list of deals available this week at Nintendo of America’s website.

Jibanyan and his Blasters team hit the streets in this action-packed twist on the Y0-kai WATCH series. You can play solo, or team up with up to three other friends to blast away Big Bosses and evil Yo-kai and tackle various missions to amplify your team’s awesomeness.