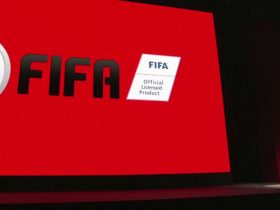 EA On Why They Chose To Support Nintendo Switch

Great deals this week! Check out the full list of deals on Nintendo 3DS and Wii U games available this week on Nintendo of America’s website.

Puyo Puyo Tetris, SEGA – Free
Two classic puzzle games face off in Puyo Puyo Tetris. The four-player puzzle mashup game is only a little more than a week away, launching in Nintendo eShop on Nintendo Switch on April 25.* For people that want to try before they buy, a free demo for the game is now available.

ACA NEOGEO Samurai Shodown IV, Hamster Corporation – $7.99
Samurai Shodown IV is a fighting game released by SNK in 1996. Warriors with their own respective goals, speculations will challenge Amakusa who has returned to life again, and plans to conquer the modern world. Attacks using the “Anger Gauge” can lead to unexpected outcomes and make battles even more intense!

Mr. Shifty, tinyBuild Games – $14.99
Shift through bullets, and master lightning-fast takedowns in a new kind of action game from tinyBuild and Team Shifty. The Mr. Shifty game follows a teleportation-fueled heist to break into the world’s most secure facility – players will use distraction and trickery, and explore what’s possible when stealth and action become one.

Fifteen, RCMADIAX – $1.49
In Fifteen you must rearrange the blocks to display in order of 1 to 15. Using the touchscreen you can manipulate the position of each block to accomplish the objective. Beginning order of the blocks is random and adds to the endless challenge!

Ascent of Kings, Nostatic Software – $1.99
The death of a King. An epic challenge to choose a new ruler. Will the youngest of four brothers turn out to be the strongest? Will a boy become King? The answer is up to you.

Bingo Collection, Starsign – $2.99
Bingo Collection is a pack of three fun games based on the popular game of Bingo! Take your pick from three different types of bingo games: Catch Bingo, Catch the bingo balls as they bounce around on the Bottom Screen, collecting the numbers you need to complete a bingo line; Slide Bingo, Based on the popular slide puzzle games, move numbers around a board by sliding them one-by-one into an empty space. Line up the numbers in a row to create a bingo line; Touch Bingo, Touch the numbers on a bingo card as fast as possible!

BYE-BYE BOXBOY!, Nintendo – $4.99
The epic trilogy that has taken the world of geometry by storm comes to its dramatic conclusion with the BYE-BYE BOXBOY! game, from the folks at HAL Laboratory, Inc., creators of the Kirby series. By rescuing new Qbabies, main character Qbby will receive one of four powers – Boxrocket, Bombox, Warpbox and Remotebox – that can help the boxy hero overcome obstacles in a new way. Tapping any of the Kirby series amiibo figures (sold separately) like Kirby, King Dedede, Meta Knight or Waddle Dee will permanently unlock a new colorful costume for Qbby based on that character. A free demo for all three games in the series is also available in Nintendo eShop.

Scoop’n Birds, TwinSky Games – $7.99
Here’s the scoop: Birds are in ridiculously high demand. There’s only one solution: scoop em up! Handle your scoop with finesse to grab the perfect set of birds for each customer. With enough skill and practice, your store will definitely not blow up. Keep it up and your boss – Alice Scooper – is sure to promote you!