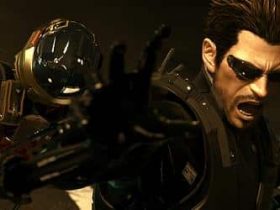 Nintendo of Europe have announced the latest content to be made available through the Wii Shop Channel, Nintendo eShop and Nintendo DSi Shop services.

3D Classics (Nintendo 3DS)
* 3D Classics Kirby’s Adventure, Nintendo – €6/£5.40
Play Kirby’s Adventure and help Kirby to reassemble the pieces of the Star Rod so that the people of Dream Land can dream once again. You can now play this classic game, originally on NES, with new re-mastered immersive 3D visuals.

Nintendo DSiWare
* Bugs’N’Balls, EnjoyUp Games – €2/£1.80 (Nintendo 3DS) 200 Nintendo DSi Points (Nintendo DSi)
Game Description: Take on opponents in the game Bugs’N’Balls available on Nintendo 3DS and Nintendo DSi. The aim is to throw balls from your side of the table to your opponent’s side, whilst dodging balls they are throwing back at you. Work hard to avoid the balls flying at you or you may be knocked out for a while. The top players who make it through the Cucumber League will gain access to the Professional League and have the chance to be champions.