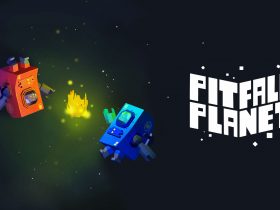 Buddy Up To Explore Pitfall Planet On Nintendo Switch

Nintendo of Europe have announced the latest content to be made available through the Nintendo eShop on Nintendo 3DS and Wii U.

Wii U Download Software
* Batman: Arkham City Armoured Edition, Warner Bros. – £49.99 (€59.99)
Developed by WB Games Montreal, Batman: Arkham City Armoured Edition is the enhanced version of the award-winning blockbuster videogame created by Rocksteady Studios. The Wii U version delivers the same impactful story and gameplay as the original title, this time with enhanced gameplay mechanics and features made possible with the Wii U and the Wii U GamePad.

* Zen Pinball 2, Zen Studios – Free
Zen Pinball 2 is the premiere pinball experience on Wii U, featuring an exciting library of pinball tables including Marvel Pinball, Plants vs. Zombies Pinball and Zen Studios’ original designs. Zen Pinball 2 features advanced ball physics, beautiful graphics, deep social connectivity, tournament play, multiplayer and regular releases of new add-on tables! Zen Pinball 2 is a free download on Nintendo eShop and comes with trials for each table so players can decide which tables they like before purchasing any.

Nintendo 3DS Download Video
* The Beet Party: Beet Scratch, Redrover – £0.89 (€0.99)
The Beet Party: Beet Scratch is the first in a series of 3D short videos available for download on Nintendo eShop. The two-minute interstitials target four to six year olds and follow the adventures of the five coolest beets around as they explore, experiment, celebrate and communicate with beat-boxing sounds when something new arrives in their fridge.