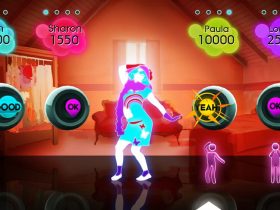 Nintendo of America have released details regarding the latest arrivals on their WiiWare and Nintendo DSiWare download services – no Virtual Console releases this week, unfortunately.

The full list, and details for each game, are as follows:

Have you fallen off a cliff? Are you burning in lava? Did your latest invention just get crushed by a frozen polar bear? Avoid these misfortunes with Doc Clock’s amazing Time Slider. Enjoy the first Doc Clock time-travelling adventure. Invent almost anything using the items you find, from catapults to incredible flying machines. Travel through time with Doc Clock as he battles mad, misguided robots to save his beloved cat and invent the perfect toasted sandwich machine.

Welcome to Urbanix, a game inspired by classic computer games. You play as Urbanix, a tiny little tractor that has to build a town on an empty field. Avoid enemies and chase away house crashers – they will try to spoil your game. Play on Earth, in the North Pole or on the moon – each location has its own unique game-play mechanics, so you’ll have to adapt your strategy. Be accurate, be quick and collect bonuses on your way. Enjoy 150 levels plus an intense multiplayer mode.

The retro action of rhythm game BIT.TRIP BEAT challenges you to use the Wii Remote™ controller to bounce beats. Retro visuals, classic game play, a four-player multiplayer mode and an 8-bit soundtrack will get you in the zone and rock your world. Pay attention, though – as with most classic games, the challenges are mighty. If you can stay cool as the difficulty increases, you’ll discover the beginnings of the BIT.TRIP saga.

Howling sandstorms blaze across the barren plains. A violent storm is brewing on the horizon. Get ready to repel waves of enemies amid the finely orchestrated chaos. As the ground trembles, artillery is being massed in the distance. If you’re outnumbered, move your units to high ground for a strategic advantage. Use your AAA to shoot down enemy planes, fight off tanks with your guns and sink subs with your missile launchers. Master the battlefield by using the “Big One,” a gun that will terrify and cause devastation among all units, enemies and friends alike. Expect your units to suffer losses under enemy fire. Repair and improve them because the show must go on. When the dust settles, you may have attained glory, even if the battle is lost. Special features include 3D field management, a 60-frames-per-second 3D engine, dynamic music and up to 300 units in real time.

Animal Boxing is one of the first games to require players to invert the Nintendo DSi™ system. Use the stylus for motion-based controls. Throw jabs, hooks and uppercuts with simple stylus movements. Step into the ring against 50 wild fighters with different fighting styles. Go toe-to-toe against opponents such as Lee the cat, Sauda the rhino and Fore the bull. Build your own male or female character, then step into the ring in eight unique environments. Customize fighter attributes like gloves, clothing and hairstyle. Face off against another Nintendo DSi player using a local wireless connection.

Once a big-time boss, you are now down and out, forced into the small time after your company was driven into bankruptcy by an underhanded competitor who stooped lower than even you would dare. Of course, revenge is a dish best served cold – over a drink at an expensive club, which is where the game takes place. Rebuild your fortune and show your competitor who’s really the boss. This is a witty card game with a few simple rules to test your intelligence. Starting with a small amount of resources, money and action cards, try to use those cards to cunningly step forward until you have sold all of your resources to others. Set strategies in motion to increase the value of your resources. Don’t forget: Your ultimate goal is to introduce your competitors to bankruptcy.

Alien Puzzle Adventure is a fast-paced, colorful and cartoonish puzzle game that combines Match 3 game play with a humorous and quirky storyline. The player sets out to save the world from a mysterious chemical attack. Armed with Professor Weinstein’s Pseudo-quark Generator Gun, the player must neutralize packs of differently colored quarks over the course of 35 stages by matching three quarks of the same color. Can you help stem the tide and save the world? Your adventure starts today.