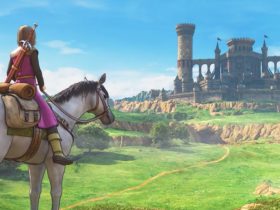 It’s a smaller Nintendo Download list this week for North America, beckoning in the New Year with a spurt of special offers.

It’s Chibi-Robo!: Photo Finder that leads what little new content is available, whilst Gradius will be greeted by Virtual Console fans on Wii U.

Virtual Console (Wii U)
* Gradius, Konami – $4.99
In the classic game Gradius, pilot the Vic Viper through seven stages, while shooting, dodging and collecting various power-ups, including missiles, lasers and shields. The only way to end the war is to plunge deep through the enemy forces and destroy them from within.

Wii U Download Software
* Cocoto Magic Circus 2, Bigben Interactive – $29.99
Knock out Cocoto’s enemies and save his friends! Up to 5 players can play at the same time on the same screen. Be precise, fast and clever to reach the best scores in 3 different game modes! Aim at the bonus balloons and score even more points.

3DS Download Software
* Chibi-Robo!: Photo Finder, Nintendo – $9.99
Become one of the world’s best tiny robot helpers by taking pictures of real-world objects using the Nintendo 3DS Camera to help open a new museum. Collect Happy Points by vacuuming, picking up trash and helping a cast of colorful characters. Collected Happy Points can be used to purchase in-game film that lets you photograph real-world objects and transport them into the game for the museum’s displays. The full game and free demo version of Chibi-Robo!: Photo Finder are both available exclusively in the Nintendo eShop.