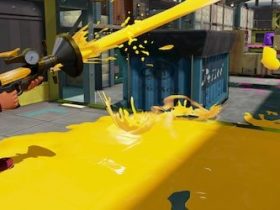 This week Nintendo commemorates the arrival of Wii U exclusive Hyrule Warriors by discounting The Legend of Zelda games across Wii U and Nintendo 3DS. While the Virtual Console service expands with Castlevania III: Dracula’s Curse and Gargoyle’s Quest II: The Demon Darkness on Wii U, and Mega Man Xtreme on 3DS.

Virtual Console (Wii U)
* Castlevania III Dracula’s Curse, Konami – £3.49 (€4.99)
Fight back against Dracula in the third exciting instalment of the highly popular Castlevania franchise! As with the original ‘Castlevania’, the player’s goal is to work their way through deviously challenging levels, but this time there’s a difference – when the level ends, you can choose one of two paths to take for a completely different experience! The most innovative feature of this game lies with the spirit companions that the player will meet through the journey. Besides the main character Trevor, who uses the traditional Belmont weapon, the Mystic Whip, as well as a number of items, the player can also strike up a spiritual partnership with any one of three distinctive characters. These include Sypha the imprisoned sorceress, Grant the pirate, who is able to jump high and climb up walls, and Alucard, who is Dracula’s son but has a bone to pick with his father. With a range of diverse characters and paths available to choose from, this game boasts incredible replay value, ensuring that each playthrough is a new experience! This is the US version of the game.

If you own this title on your Wii, perform a system transfer from your Wii to your Wii U to receive a special upgrade price.

* Gargoyle’s Quest II: The Demon Darkness, Capcom – £3.49 (€4.99)
Firebrand the gargoyle returns in this NES prequel to the gothic Game Boy hit. As a young demon-in-training, Firebrand is entrusted to defeat an evil, dark light that threatens his home. Part platformer, part role-playing game, Gargoyle’s Quest II features overhead map-style adventure elements and side-scrolling action elements. Increase Firebrand’s abilities as you progress; improving your flying, jumping and magic power. Explore the realm, collect items and battle bosses, and vanquish the ultimate evil! This is the US version of the game.

Wii U Download Software
* Cubemen 2, Nnooo – £6.99 (€7.99)
Cubemen 2 is a fast paced, action packed original 3D realtime strategy game where you use your Cubemen army to defend and attack enemies on or offline in a range of awesome game modes including CTF, Skirmish, Territory, King of the Hill and more. For the multi-player enthusiasts, you can compete in up to 6-player online Solo or Team battles against other humans or AI for the top spot on the global rankings. Host your own online games or join other games in the easy to use game lobby. For those that prefer the single-player experience, Cubemen 2 offers 2 unique single-player game modes plus a Campaign mode, all with online rankings so you can compete against the world’s best.

3DS Download Software
* European Conqueror 3D, CIRCLE Ent. – £2.99 (€3.99)
European Conqueror 3D is a new strategy game set during World War II. In the game, you can order troops to conquer territories such as lands, cities, and oceans. Gather resources, grow in economic power, train troops, destroy your opponents, and capture their capital. Include two modes: Conquest mode and Campaign mode. Conquest mode: choose one of 12 countries that belong to either the Axis Powers or the Allies to dominate Europe. The other countries will be for, against or neutral towards your country.

Nintendo DSiWare
* Rytmik World Music, Cinemax – £1.79 (€1.99)
Rytmik World Music is an application for creating rhythmical and melodic themes and for composing entire songs. Its user interface blends the fast and well-arranged interface of classic drum machines with a flexible pattern interface of popular trackers and a modern sound library. It contains 117 carefully-picked authentic sounds of ethnic drums and percussion, as well as plucked, mallet, bowed and wind instruments, which are complemented by a selection of synth drums, basses and pads, together creating a strong and creative mix of sounds and rhythms for your compositions – not just from the sphere of world music. With Rytmik World Music you can quickly and easily create the basic building stone: an audio clip, which consists of musical notations for up to four instruments that you may transpose. Select their location in the stereo field, and modify their volume, reverse, shuffle (rhythm twist) and polyphony (with extended polyphony handling), plus chorus/widening stereo effect, echo and arpeggiator. You may, arbitrarily, combine up to 128 such clips in four tracks and create complex pieces of music. Rytmik World Music is not only for playing with sounds; in the hands of a skilful musician it can become a serious musical instrument – a surprisingly powerful pocket music station. For the best musical experience, we recommend connecting headphones or a quality speaker system. You’ll become the king of the party in no time…