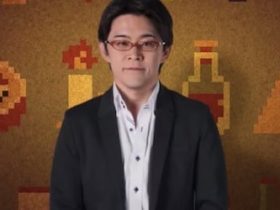 It’s Toki Tori 2 from Two Tribes that takes the spotlight this week, becoming the latest downloadable offering to be made available through the Wii U’s Nintendo eShop.

Alongside which, there’s permanent price reductions among Ubisoft’s titles, as well as an update to Nintendo Letter Box and the return of Mega Man 3 on Virtual Console.

Wii U Download Software
* Toki Tori 2, Two Tribes – 10% off at launch: £11.69 (normally £12.99) €13.49 (normally €14.99)
Our unlikely yellow hero may be the star of the show, but he won’t get anywhere without the creatures he meets along the way. You can whistle and stomp to influence them and use their abilities to your advantage. As you play, the storyline unfolds. Your goal is to get to the core of the corruption and save the island! Explore a beautiful Metroidvania style open world; choose to follow the paths, or stray off-road and tackle the expert puzzles.

Virtual Console (Wii)
* Shock Troopers 2nd Squad, D4 Enterprise – 900 Wii Points
Shock Troopers: 2nd Squad is a military-themed action game, first released in 1998. In order to stop a large corporation from running amok, choose one of four mercenaries and battle through by shooting, using different weapons and jumping. The highly praised scoring system from the previous game has been left intact, but the characters are all new. Furthermore, some major changes include, the ability to operate vehicles and choosing different routes only at important junctures in the game, making the play system even easier to manage and more intuitive.

Virtual Console (Nintendo 3DS)
* Mega Man 3, Capcom – £4.49 (€4.99)
Has Mega Man’s nemesis Dr Wily finally changed his ways? Only time will tell, as Mega Man must deal with a new threat: eight fiendish robot masters lurking in eight new challenging stages of platform-shooter perfection! This NES classic expanded upon the hit formula with two game-changing additions. Mega Man can now slide as well as run; giving him unprecedented manoeuvrability. He also has a new sidekick, Rush the robot dog, who brings new abilities, like a jet or submarine, aiding Mega Man in his mission.

3DS Applications
* Nintendo Letter Box (Update), Nintendo – Free
A new version of Nintendo Letter Box is available! Here are some of the new features:
Take photos and record sounds you want to attach to your letters from within the software. You can still add them from the SD Card.
Attach photos and sounds when you reply to letters.
Choose a different ink colour for each page.
Filter letters by sender in the letter list.
To download the update, please visit Nintendo eShop. All data will be carried over to the updated version.

3DS Download Software
* Alien Chaos 3D, Reef Entertainment – £3.59 (€3.99)
Really Shooter and his mother, Mama, run a cleaning and demolition business, and recently saved the world from an alien robot invasion. Now the robots are back, and they’ve kidnapped Mama! Whatever they want her for, Really decides to take the fight to the robots, and heads for the nearest house leading up to one of their spaceships. Since he’ll inherit the business one day, Really Shooter has a compulsive habit of cleaning up whatever mess he leaves behind, and this is one messy guy.

* Monster High: Skultimate Roller Maze, Little Orbit – £24.99 (€29.99)
It’s another Friday “Fright Night” at everyone’s favourite haunted high school, and that means it’s time for the SKRM—the freakiest roller derby you’ve ever seen! So grab your fiercest skating gear and get ready to have the time of your afterlife!

* Witch & Hero, CIRCLE Entertainment – £3.60 (€4.00)
Witch & Hero is an 8-bit style action game. You play as a hero accompanied by a witch taking on the evil Medusa, whom has destroyed many villages and towns with the monsters that stand before her. Medusa turned the witch into stone, so she is no longer able to move. So it’s up to the hero to defeat the monsters and collect their blood in order to recover the witch for a limited duration. The witch’s destructive magic easily destroys monsters, but you will have to rely on the hero’s willpower primarily. He is able to try and try again, but the witch cannot, thus the hero must protect her.

Nintendo DSiWare
* Ah! Heaven, CIRCLE Entertainment – £1.79 (€1.99)
Ah! Heaven, is a platform game developed with an Eastern ink painting style. You play as a soul willing to ascend to heaven. Though heaven’s gate is open, God will not take you there, you have to go by yourself. You will meet all kinds of danger in your journey; can you get through it to make your ascension?

Nintendo Video
* The Beet Party: Beet Poets, Redrover – £0.89 (€0.99)
Video Description: The Beet Party is a series of 3D short videos available for download on Nintendo eShop. The two-minute interstitials target four to six year olds and follow the adventures of the five coolest beets around as they explore, experiment, celebrate and communicate with beat-boxing sounds when something new arrives in their fridge. 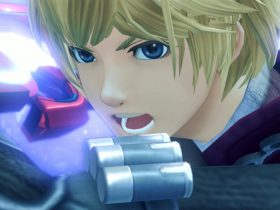