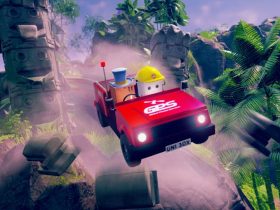 This week’s European download list is lead by a selection of Nintendo 3DS Virtual Console titles, each incorporating Download Play functionality that allows you to play either competitively or co-operatively with a friend.

Alongside them, are sales on Marvel Pinball 3D as well as for free-to-play title Zen Pinball 2’s selection of add-on content.

Nintendo 3DS Download Play
* Balloon Fight, Nintendo – £3.59 (€3.99)
Go up, up and away with this NES classic from the 1980s. In Balloon Fight you have one simple mission: pop or be popped! Burst enemies’ balloons from above, and hit them again before they have time to re-inflate. Danger comes from the sky or sea, too; watch out for lightning strikes and a very hungry fish. Balloon Fight also features a two-player mode with cooperative and competitive play, plus a survival mode called Balloon Trip – which may be familiar to fans of Nintendo Land!

* Ice Climber, Nintendo – £4.49 (€4.99)
Conquer treacherous peaks, leap across icy chasms and swat snow-dwelling beasts – solo or with a friend – in this NES classic. Use your hammer to bash blocks and to defend yourself from the wildlife as you head towards the summit. Make it through all eight floors to reach the bonus stage and grab as many vegetables as you can before hitching a lift on a friendly condor. In two-player mode, either work together to reach the mountaintop or compete to see who can get the glory first!

* Mario & Yoshi, Nintendo – £4.49 (€4.99)
Mario & Yoshi is a fast-paced NES puzzle game in which you must mix and match falling characters and piece together eggshells to free the Yoshi trapped inside. Simply move Mario back and forth to catch the falling Little Goombas, Boo Buddies, Bloopers and Piranha Plants. Capture creatures between two eggshell halves and you’ll release a Yoshi; the more creatures you capture, the larger the Yoshi and the bigger the bonus! Mario & Yoshi also features a split-screen, simultaneous two-player mode that brings Luigi into play.

* Super C, Konami – £4.49 (€4.99)
Alien warmonger Red Falcon is back! Thought to have been defeated by the heroic warriors Mad Dog and Scorpion, he’s assembled a force of evil minions to attack Earth. Based on the hit arcade game, Super C is the sequel to the classic Contra. Battle through intense side-scrolling and top-down viewpoint shooter action, and save the planet.

Virtual Console (Wii U)
* Mega Man, Capcom – £3.49 (€4.99)
Mega Man’s original adventure blasts onto Nintendo eShop! The series became famous for its challenging mix of platforming and shoot ’em up action, and here you can see how it all began. As a super-robot created by the genius Dr. Light, it’s up to Mega Man to traverse ten unique stages and beat the devious Robot Masters designed by evil Dr. Wily. Beating each boss allows Mega Man to use its trademark weapon, giving you an advantage in other stages – a technique still used in the series today.

* Pac-Man, Namco Bandai – £3.49 (€4.99)
Pac-Man needs no introduction; it’s one of the most popular video games ever made! Move Pac-Man through the mazes, avoiding ghosts and eating all the Pac-Dots. Beware though; each of the ghosts behave differently! When Pac-Man chomps a Power Pellet, he becomes invincible, and is able to eat the blue ghosts. The more ghosts Pac-Man eats in a row, the higher the score. Don’t forget to eat the bonus fruit, too!

3DS Download Software
* My Riding Stables 3D – Jumping for the Team, Treva Entertainment – £34.99 (€39.99)
An exciting 3D horse adventure awaits you! Which family will win the coveted pasture? Immerse yourself in this gripping tale of true friendship and sinister plots. Train the ranch horses, take good care of them, and prepare for the final deciding tournament.

* Picdun 2: Witch’s Curse, Intense – £4.49 (€4.99)
In the new Picdun, take on 60 dungeon levels with a young lady as your partner – an Archer, Whipper or Spellcaster. Cover all tiles on a floor to reveal the hidden picture.

Nintendo DSiWare
* Publisher Dream, CIRCLE Entertainment – £1.79 (€1.99)
Ever dream about making and publishing your own digital games? Publisher Dream is a simulation game that places you in the owner’s seat of a company called “Triangle”. Triangle focuses on a digital platform called “cShop” for development and publishing endeavours. You can hire people to develop
various game genres, and control the game budgets and quality to safeguard limited resources. Do you want to be one of the biggest publishers on cShop? This may be a great way to test your skills before actually starting your own game company. 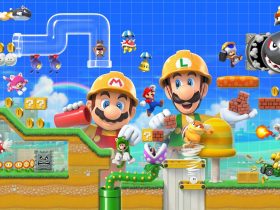 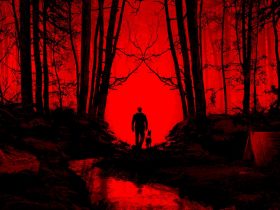 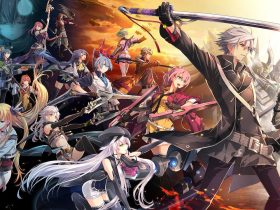